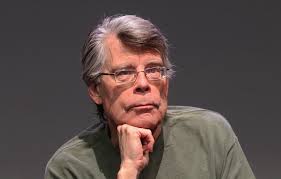 Here are some of the books I’ve been reading, and the occasional guest interview with authors who may drop in for a chat.

I get through several books each month and normally give those a mention in my newsletter, so these are just a few of my very, very favourites.

I first came across Chilean writer Isabel Allende when I read The House of the Spirits back in the late 80s. A decade later and I fell in love with Eva Luna. Then, fifteen years ago, I was captivated by her retelling of the legend in her Zorro. Allende and the Chilean Coup Her father was a first cousin to Salvador Allende, President of Chile … END_OF_DOCUMENT_TOKEN_TO_BE_REPLACED

I read Stoner a few years ago, not long after it had been "rediscovered." I've read it several times since then and it's probably one of the novels I've recommended perhaps more than any other. So I recently suggested that my oldest friend, Alastair McLachlan (I reckon we've been mates since 1954!) might give it a try. Not only did he do so, but … END_OF_DOCUMENT_TOKEN_TO_BE_REPLACED

Black Satire at its Very Best! Opening sentence: This may be hard to believe, coming from a black man, but I’ve never stolen anything. The “sellout” of the title is the satirical novel’s black narrator, a man whose upbringing has been scarred by the pscychological experiments forced upon him by his father. And when their ghetto community, … END_OF_DOCUMENT_TOKEN_TO_BE_REPLACED

I’d read A Place of Greater Safety a couple of years after it was first published in 1992 and, at that time, I’d never heard of Hilary Mantel. Seems strange now, but that’s the way it was! In fact, it was recommended to me as a political novel, rather than a work of historical fiction and, of course, the book fits neatly into both genres. I … END_OF_DOCUMENT_TOKEN_TO_BE_REPLACED

It was going to be a long summer, one of those that burn your eyeballs with the blast of lipstick colour from all those new bestsellers that Goldie Graham just finished stacking like sliced salami along his shelves. I needed a fix. Something new. And I needed it bad. Something to get me through weeks of baking sun and sand, only an occasional … END_OF_DOCUMENT_TOKEN_TO_BE_REPLACED