You are here: Home / Writing Tips / Liverpool 1911 – Building the World of Suffragettes and Strikers

I’ve had lots of questions about building the world for The House on Hunter Street (2022).

First, I was lucky enough to be invited to the Cheshire premiere for the stunning new movie, The Colour Room, telling the story of Clarice Cliff. Our thanks to Heidi Chapman for the invitation and for her hard work in organising the event as a fundraiser for the charity Prevent Breast Cancer. It opens with a wonderful overhead sequence, modern Stoke-on-Trent filmed from a drone and then turned into 1920s Stoke-on-Trent by the clever use of visual effects, courtesy of our friend Kent Houston from the Peerless Camera Company. 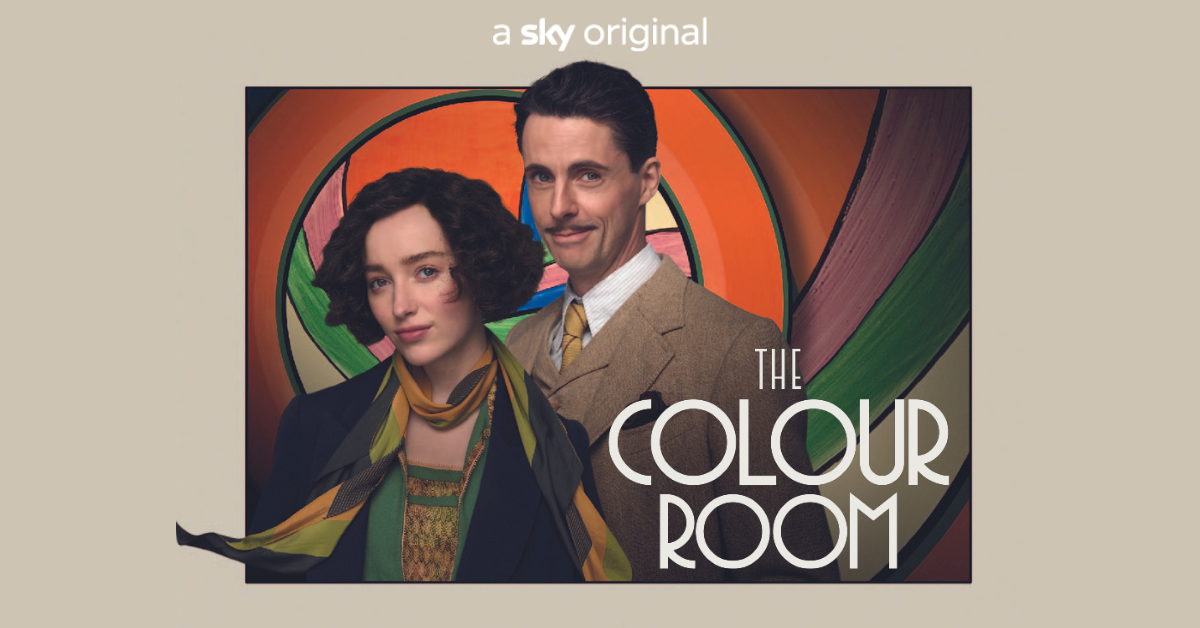 And this is relevant because…? My eleventh novel is set in Liverpool during 1911, one of the city’s most turbulent years, among so many other turbulent years. But watching that opening sequence made me realise how closely building the worlds for our novels resembles the use of visual effects. Computer generated imagery. CGI.

The process often begins, for me, in the same way. An overhead image of the main area in which the action is going to take place. But no drones here. Rather, the wonderful availability of Old Ordnance Survey Maps, the 1906 series for the Merseyside area. Central Liverpool, covering Lime Street and its station, William Brown Street, the Old Haymarket and Christian Street, Stanley Road and the Rotunda Theatre. 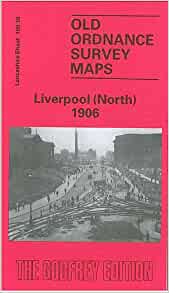 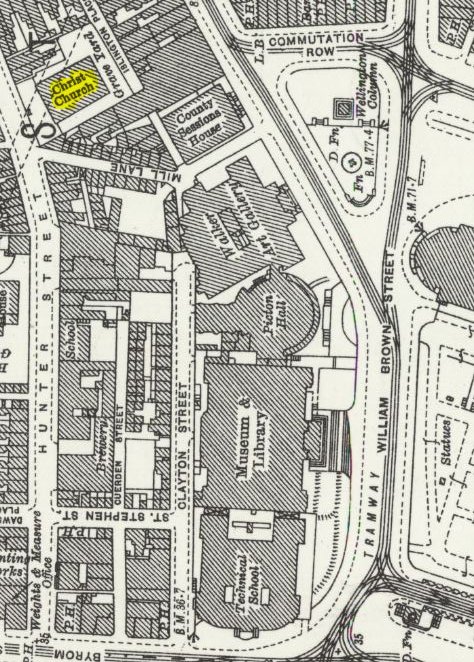 Then to add the built environment, the buildings. Archive photos. Here, Gerard Street, where some of the action takes place and typical of Liverpool’s Little Italy during the period in question. 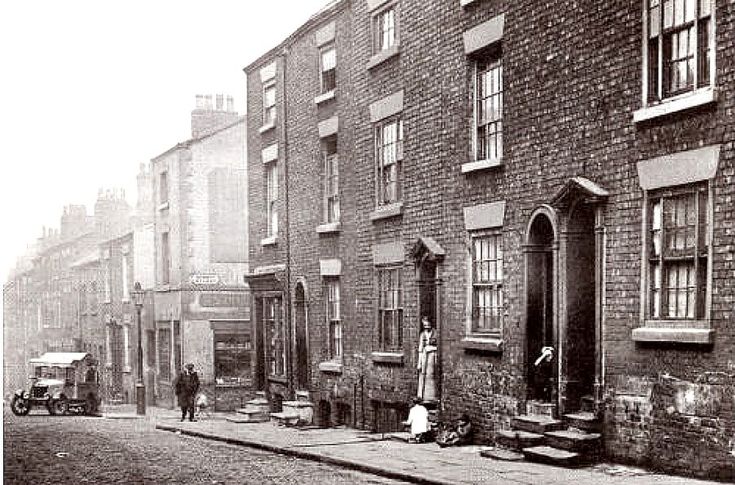 Next, the colour. So, visits to Liverpool’s superb Central Library and its archives section. Research, among much more, for the tram routes and liveries – green for the Corporation’s regular trams and cream for the Bellamy first class service. Yes, it’s true. Liverpool was the only city in Britain with first class and second class trams. And there was no spitting on the Bellamies! 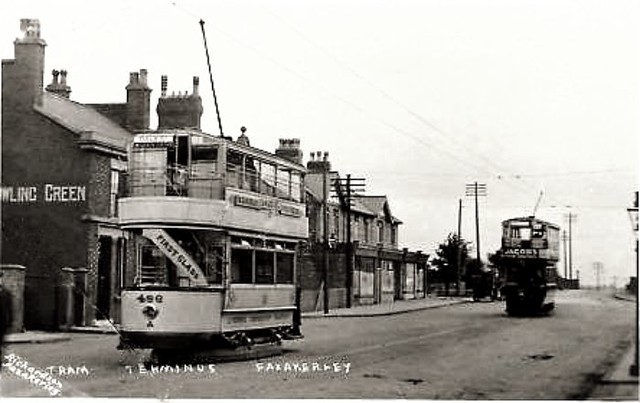 Finally, some of the main protagonists and the threads for the plot. So let me go back a bit. Rather, let me go back quite a long way. To Liverpool and my days with the Transport & General Workers’ Union. Among other things, I was always keen that our buildings should look like union offices. If our members came for help, or to meetings, they should be surrounded by images of the union’s values and culture – badge displays, posters, banners and snippets of union history. We had some wonderful supporters for these efforts, like artist David Jacques, who’d recently completed a series of murals portraying Liverpool’s working class radicals and then displayed in a town centre bar. You can find them now, displayed on the first-floor landing of the Sir Thomas Hotel – when it’s open after the current refurbishment.

Among them, an image of the Strike Committee from Liverpool’s huge transport dispute in the summer of 1911. 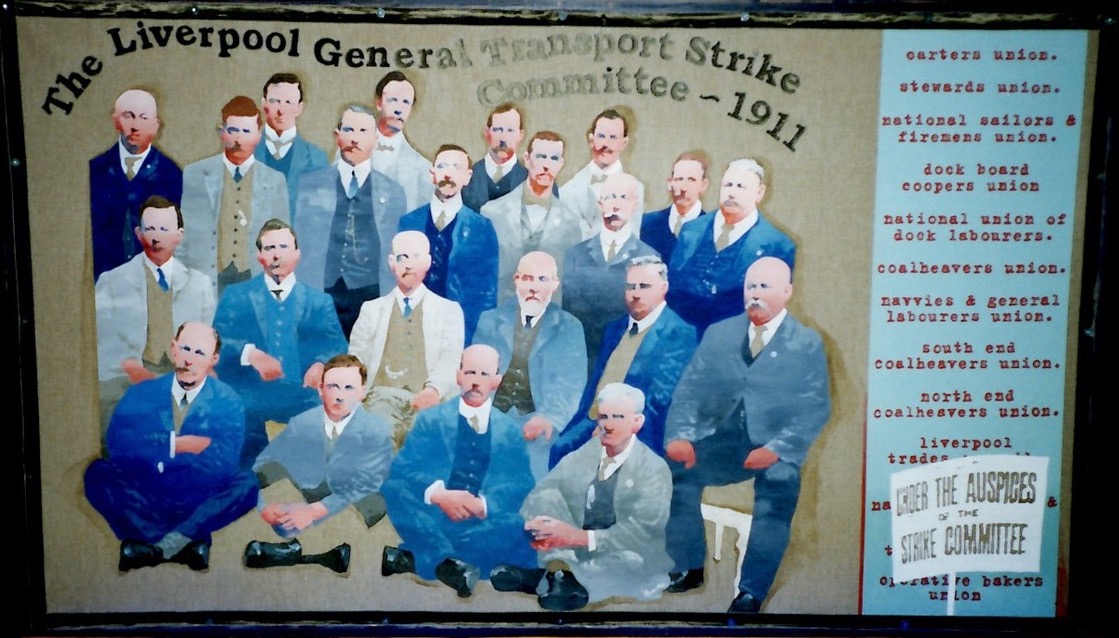 But alongside this was another, showing a group of the city’s Welsh First World War conscientious objectors. 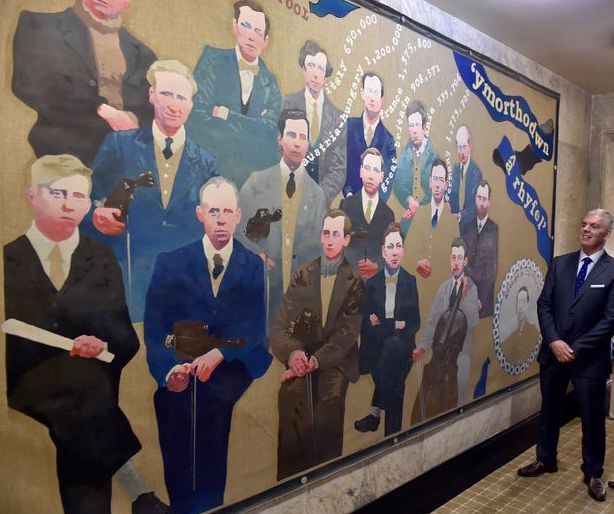 Those two images sparked the idea of writing a novel, set in Liverpool during 1911, and featuring a Liverpool-Welsh family. But back then, in 2008, that was no more than a daydream.

Meanwhile, we were working on a North West TUC project for the city’s Capital of Culture that year. A walking tour of the city centre and taking in some of the sites linked to Liverpool’s frequently radical history. The Radical Route.

I already knew a bit about the part played by suffragettes in that history, but researching for the Radical Route introduced me to whole new chunks of that particular saga. And it was, indeed, a saga. Dozens of different suffragette groups in Liverpool alone. 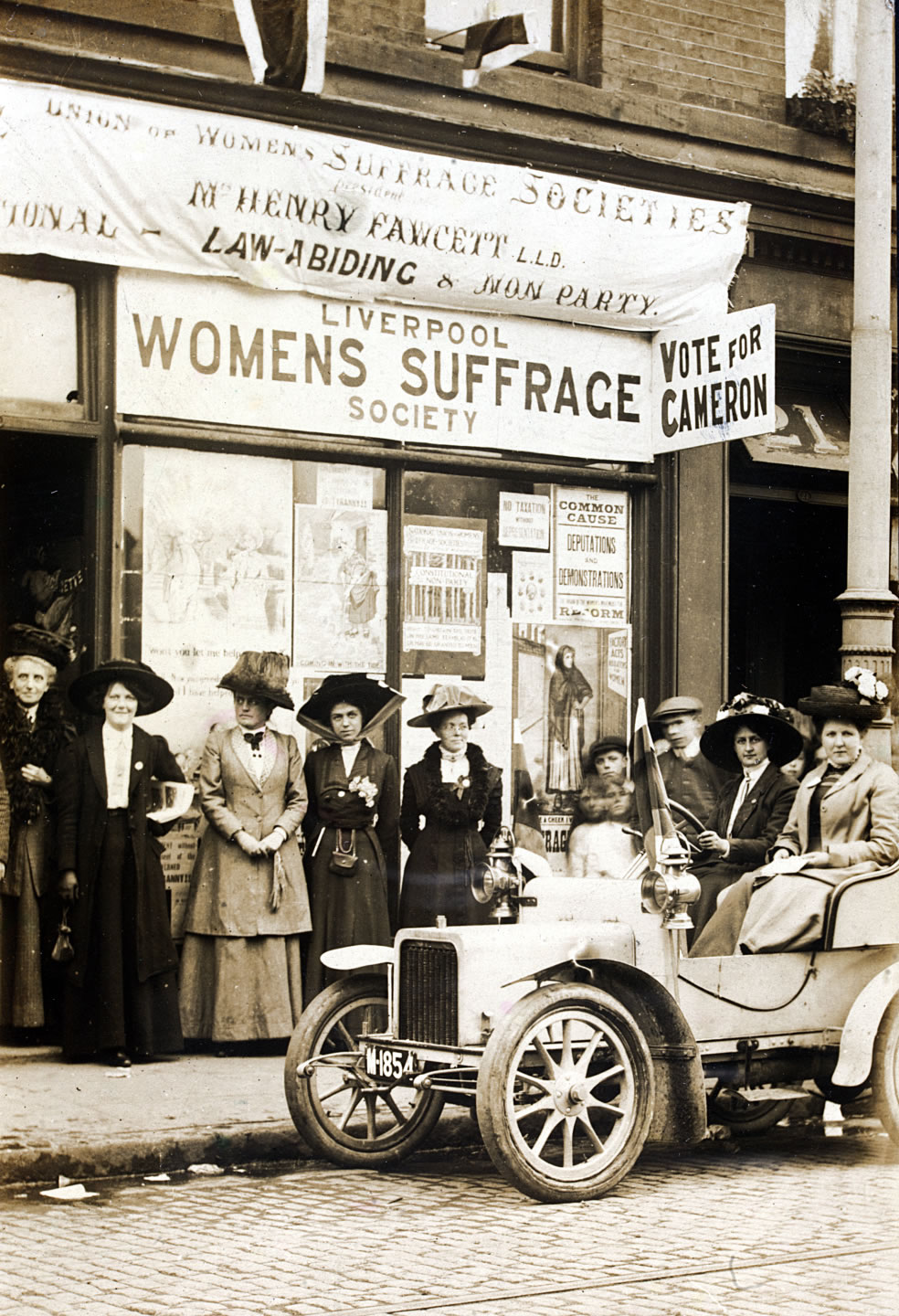 The Radical Route often overlapped with the Slavery History Trails organised by Liverpool’s Maritime Museum and usually led by Eric Lynch. Eric was also active within the T&GWU and in 1989 we’d both taken part in a brigade of international volunteers building houses in Nicaragua. 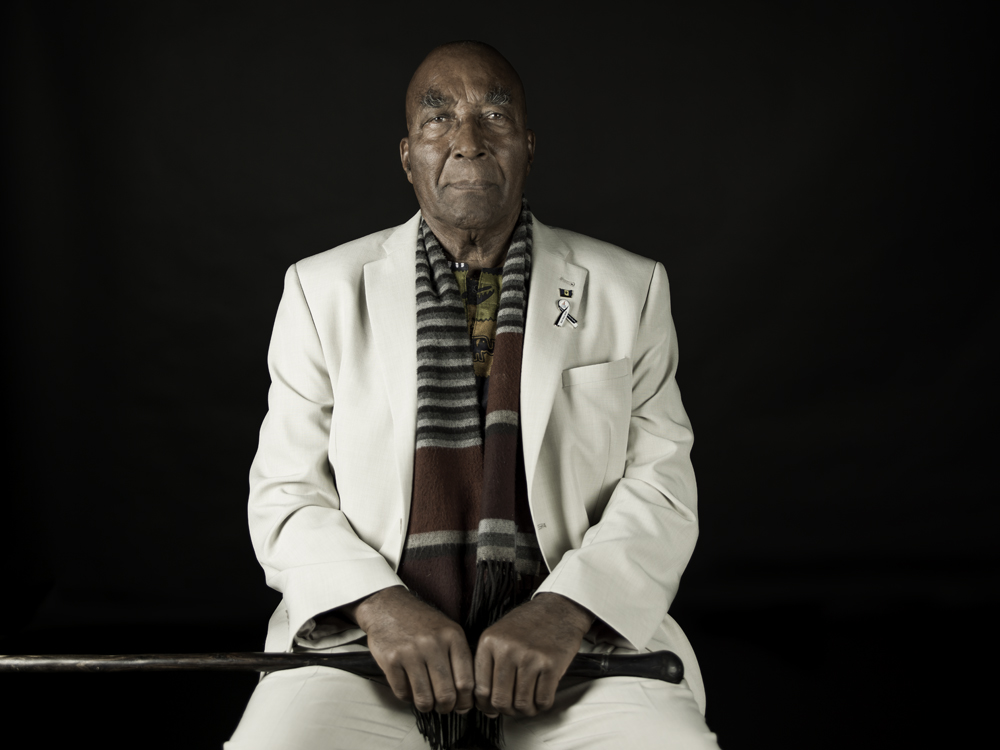 Sadly, a bunch of us attended Eric’s funeral. A great character, larger than life. He’ll be hugely missed. But somewhere in the crossing of paths between the Radical Route and the Slavery Trail, I came across a lesser-known angle on the 1911 Transport Strike.

That dispute had officially begun, of course, with a strike by Joe Havelock Wilson’s National Sailors’ and Firemen’s Union in mid-June of that year. But weeks earlier, another strike had taken place in Liverpool. Also seamen. But these were black seamen – many of them Kru people – employed and exploited by the shipping company Elder Dempster. And nobody wanted to know. Black and Asian seamen were generally shunned since shipping companies used them to undercut pay and conditions of white sailors. 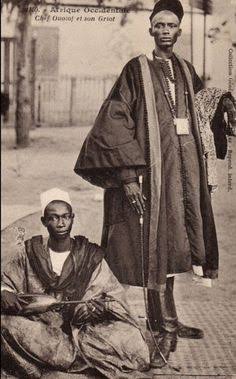 So, the novel now had a life of its own. Like this…

Liverpool, 1911. The life of young Fanny Maddox is already complicated enough. Holding together her fractious Welsh family. Her suffragette struggle for women’s rights. Her guilty secrets. But that’s when an unhinged “cousin”, Tom Priddy, turns up on the doorstep.  On the other side of town, the African seaman, Amos Gartee, on strike at the Harrington Dock, who’ll have such a big impact on their stories. All this, and a city on the verge of revolution. Mysteries to be solved. Sectarian divides to be crossed. Scores to be settled. Justice to be won.

I finished the first draft a few years back and then set it aside. Not quite right. But then it enjoyed a major rewrite. Great to be writing about Liverpool, of course. And Liverpool in 1911? Fascinating.