You should pack your bags for an epic adventure back in time through the pages of this latest Jack Telford novel, A Betrayal of Heroes, and some less frequented settings of this Second World War thriller.

Here I explore the role of world building in historical fiction and take us on a journey from wartime Casablanca to Brazzaville, from the cauldron of Normandy to the Liberation of Paris. A bit of a masterclass (kinda) in world-building for fiction writers.

And isn’t that the thing about historical fiction – that it allows us to time travel? To visit the worlds of ages now past. Strange, therefore, that when we look for a few top tips on world building, blog writers and writing tutorials seem to focus almost exclusively on the work of science fiction and fantasy authors. Yet world building in fantasy and science fiction is relatively easy, mere invention. So long as the writer is consistent, it’s hard to find fault with the purely imaginary. But, as Wendy Holden tells us: ‘For historical fiction, the world that our characters populate must believably be one that actually existed in the past, and yet one into which the modern reader enthusiastically enters.’ Besides, there’s always somebody out there able to spot the slightest anachronism, the merest misplacement of a belt buckle.

All the same, there’s some useful guidance for historical fiction world builders. Wendy’s Unlocking the Secrets of Historical Fiction is just one.

My own approach broadly follows the pattern set down by Gabriela Pereira, tutor of online Creative Writing (Master of Fine Arts) courses and herself an accomplished writer. Sadly, this wasn’t around when I started writing historical fiction, so I had to learn as I went along, but the principles are the same. Start with the key ingredient, world building around the main protagonist. Then add the world of any major supporting characters. Third, the physical surrounding. Next, the society and culture within which the characters live. Finally, season with the historical setting. But always, always, the main protagonist and her/his story before all else.

World Building for the Main Protagonist

Jack Telford has been the principal character in two of my earlier novels, plus a novella and a couple of short stories. He’s been with me a long while. So mentions of his favourite cigarette brands, his passion for good coffee, and the five things he always carries in his pockets – those flow easily enough. But now he must survive in wartime North Africa and Equatorial Africa. Cigarettes available in 1940 at Rabat, or Libreville, or Faya-Largeau? Brands of beer? Thank goodness for search engines.

Next, Telford must abandon his old life as a Sunday newspaper journalist and take up a new role as a war correspondent. I studied the Second World War’s frontline journalists, men and women, so I could “teach” Jack this new craft. I especially liked the work of American Pulitzer Prize-winning Ernie Pyle. And then I came across another winner of the Pulitzer for his war correspondence, Hal Boyle. I picked up a collection of Boyle’s writings, almost essays, almost Alastair Cooke. From this I was able to draft what, I hope, are credible pieces of journalism – Jack Telford’s own words but in the style of Hal Boyle. More than this, I realised that, like diaries and letters in literature, Jack’s journalistic pieces could help to show a different side to his character, his inner conflicts – but in the words of the period. 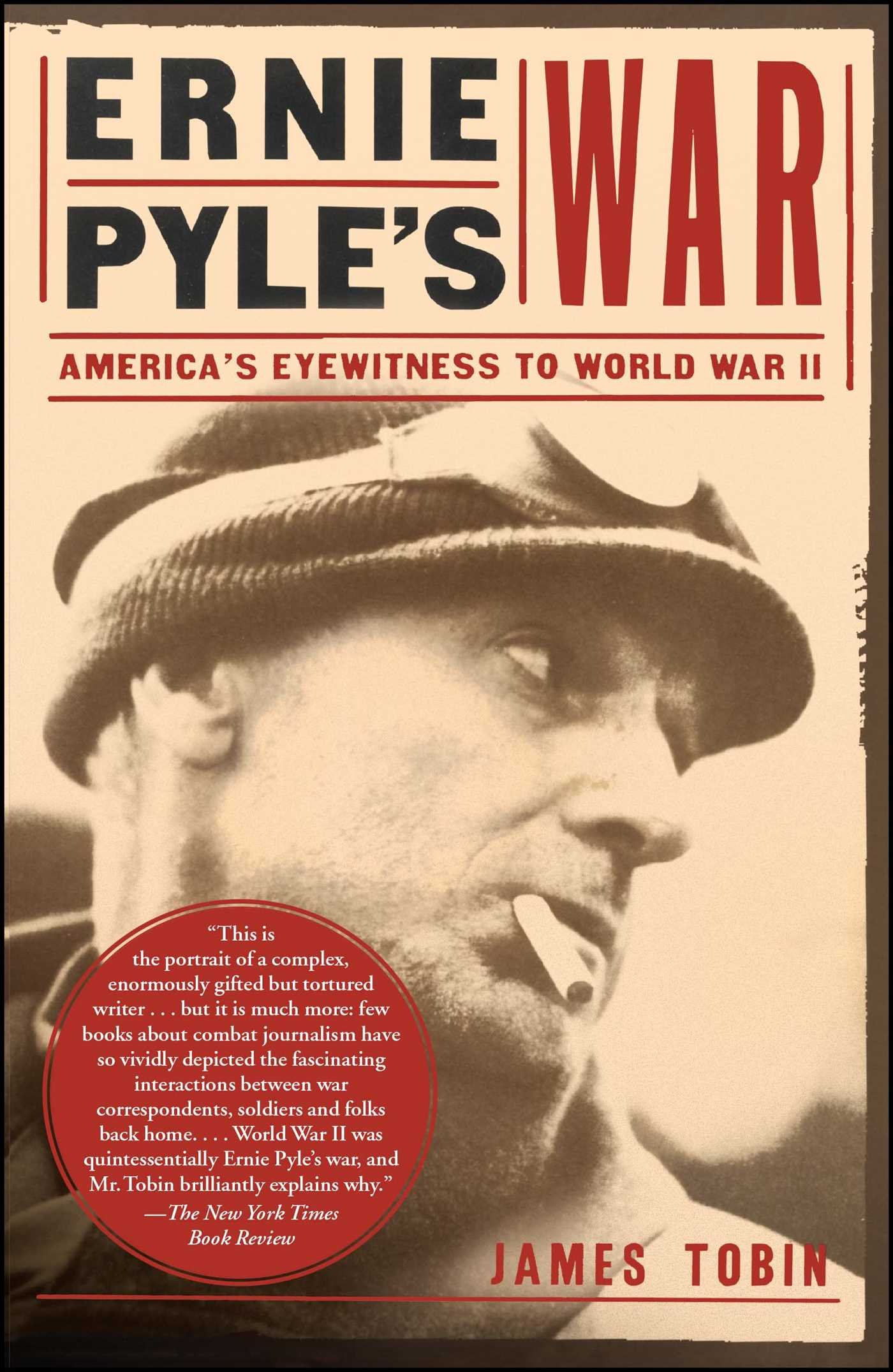 Jack’s big challenge, however, is adapting to life with the military, a section of Leclerc’s Free French army, to which he’s formally accredited as a correspondent. He has to live and breathe among the men and women of Leclerc’s army for three years. Naturally, there were endless non-fiction histories and autobiographies. But I learned so much more from another lucky find, a personal contact with a Professor of Hispanic Studies at the University of Rouen. And Bob Coale – with his encyclopaedic knowledge of Leclerc’s Division and the former Spanish Republican soldiers who fought within its ranks – helped to steer me through the learning curve.

The World of the Supporting Players

The secondary characters in A Betrayal of Heroes are a mix of real-life historical personalities and fictional players. The real-life examples include that phenomenal entertainer Josephine Baker and heart-throb Leslie Howard. But those are cameos and simply needed plenty of biography studies – though both of them, through their music and their movies, helped to build my 1940s world.

More important was the inclusion of Dudley Anne Harmon, one of the journalists who, like Martha Gellhorn and many others, broke new ground by establishing women as frontline war correspondents. Harmon gave me the chance to explore many of the period’s attitudes towards women in what were, then, non-traditional roles. Similarly, the novel heavily features the women ambulance drivers (some real, some fictional) serving with Leclerc’s Division. These were the famous Rochambelles, and their remarkable world was presented to me in two fabulous books: Women of Valor, The Rochambelles on the WWII Front by Ellen Hampton (highly recommended) and Quand J’Étais Rochambelle, the first-hand account written by Suzanne Massu, formerly Suzanne ‘Toto’ Torrès. 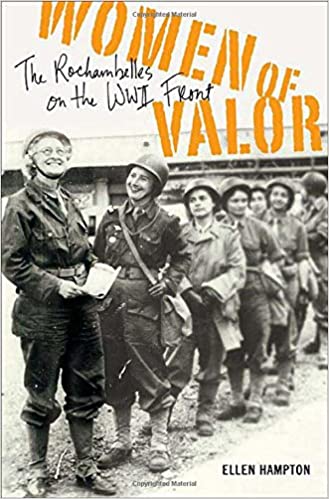 Other first-hand accounts helped me to more accurately depict the difficulties of travelling from one location to another, or the price of tickets, hotel rooms, food and the rest – or simply the way the senses of combattants are assaulted in various war zones.

I’m always cautious about this one. Scenery here isn’t simply a bunch of theatrical backdrops, it’s the stuff with which the characters must interact, making the world come to life.

It’s fairly easy to build accurate scenes of Europe during the Second World War. But Oran? Rabat? Brazzaville? The towns of Chad? It was getting to be a struggle, until I stumbled across the archive of maps in the University of Texas Libraries. These are detailed street maps produced in 1942 by the US Army Map Service for every major city in North Africa. Those maps led me to a similar cache of plans for the towns and cities of Gabon, the French Congo, Chad and so on. And from those maps, and from contemporary travellers’ journals, I was able to construct the realistic settings for Jack Telford and his associates to populate – the weather, the sounds, the smells, the tastes, the architecture, the flora and fauna.

A Sense of Contemporary and Geographical Culture

Harry Sidebottom, author of the Warrior of Rome series said: “The past is another country, they not only do things differently there, they think about things differently.”
Those inhabitants of the past have distinctly different language, food, lifestyle, religion, mythology, politics, trade, medicine, sexual attitudes and class structure – among a host of other things. In A Betrayal of Heroes there were three distinct collections of cultural issues with which I had to wrestle.

First, Jack’s life within the 1940s Muslim world of North Africa. Mapping was one thing but, again, I was lucky to stumble over the website of Moroccan-born entrepreneur and philanthropist Mohamed Dekkak, filled with fabulous peeks into the everyday life of Casablanca in that era.

Second, to Equatorial Africa, and a search for books set in the period by local writers – which led me to the stories of author Patrice Nganang, whose novels tell the story of Cameroon during the Second World War exclusively from the viewpoint of the black Africans who fought and died for France – Mount Pleasant and When The Plums Are Ripe. 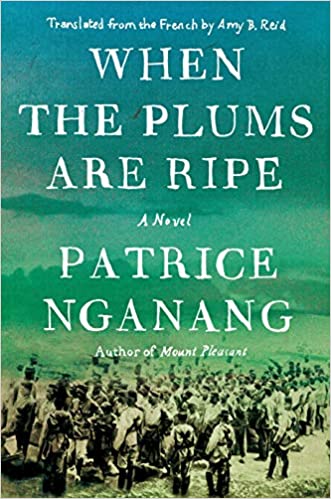 Third, the cultural experiences of Spanish communities in North Africa, or the Spanish Republican refugees who survived the horrors of French internment camps and still later went on to fight for Free France. But I particularly enjoyed writing the scenes in which those Spaniards find themselves in deepest Yorkshire before being posted to Normandy. This section, for example, based on a real-life recollection…

They had been hugely impressed that Pocklington was so left-leaning it even had a trade union for mothers, and though Jack had tried to explain the Mothers’ Union more accurately to them, it all fell on ears he suspected might be deliberately deaf.

Of course, in my earlier list of differences, I failed to mention humour. Personally, I’ve been in some dire situations – but can’t remember one that didn’t have some element of humour attached to it. And when I read the first-hand accounts of others who’ve faced real peril, they’re rarely written with a touch of humour. Yet, time and again, I read historical novels that contain not a single scrap of this most precious of human emotions. Naturally, it has to be appropriate humour and it has to be humour appropriate to the era in which we’re writing.
Patrick O’Brian’s “lesser of two weavils” joke, for instance, genuinely only works in the world of the early 19th Century British Navy.

Last, but not least.

I needed a historical timeline. Basically, A Betrayal of Heroes covers the entire span of the Second World War – but I needed to make this fresh, to tell the tale from a new angle. In this case, telling it from the perspective of the Free French, of the Spaniards and Equatorial Africans fighting for Leclerc, gave me that angle.

Again, I was lucky that journalist and historian Evelyn Mesquida collected interviews with many of the Spanish Republicans who had fought for Leclerc. A rich source. And Patrice Nganang’s novels are also based on real-life experiences. Hindsight knowledge of World war two is a wonderful thing, but for those who lived through the period, how and what and when they learned about events was often very different to the way we see them eighty years later. 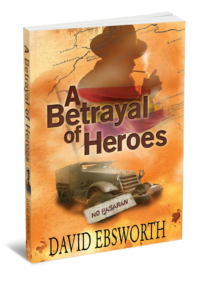