You are here: Home / Flash Non-Fiction / Winning the Vote for Women in Britain

In Poland and in Britain, hidden threads of history can sometimes coincide. The fight for women’s votes is one of those, since Nineteen Eighteen saw us each succeed – at least in some initial victory, five years after cold Norway won the race.

In Poland, after Independence came.

In Britain, after decades of campaign. Campaigns for women’s “suffrage”, that’s the word – the right to take part in election votes. Frustration, broken promises. And lies. Of peaceful protests – all of them in vain. In vain? Because there was no single voice, with more than fifty groups of suffragists – until the NUWSS brought somewhat more cohesion to the cause. 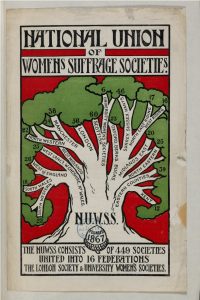 Yet still the counter-arguments prevailed. The bible quoted – women must obey their husbands, leaving politics to them. Maternal instincts might be lost, they said. Or women simply lacked intelligence – decisions of this sort were not for skirts. A woman’s place was at the kitchen sink.

In Parliament, more promises were made – and broken, year on year until, at last, frustration brought more militant response.

A new group, styled the WSPU . They heckled politicians, broke the law. Some minor acts of arson, windows smashed in public buildings. Post boxes on fire. Or chained themselves to railings in protest. And earned themselves the title “suffragettes” – by some reporter from the Daily Mail, who thought it would belittle them. Instead, it soon became a badge of accolade.

On one hand, law-abiding suffragists. The other? Direct action – suffragettes.

In Liverpool, Patricia Woodlock served no less than seven terms in Walton Gaol, confined there in the solitary cells. And when she went on hunger strike, they forced tubes down her throat to make her eat and drink. Like dozens more, force-fed. The nation’s shame. While hundreds more continued their protests from inside medieval prison walls. 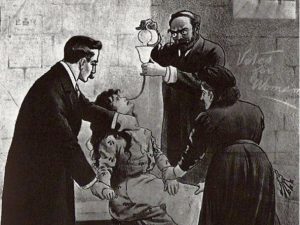 Their stories weren’t believed, of course, until the police and the authorities slipped up, imprisoned “Miss Jane Wharton” in their zeal, not knowing this was just an alias for Lady Constance Lytton, upper class, whose tales of wicked treatment hit the streets as headlines in the nation’s newspapers.

In Nineteen Thirteen at the Epsom Downs, the Derby horse-race saw the tragedy as young Emily Davison was killed. She’d thrown herself beneath the thundering hooves of Anmer, favourite horse of George the Fifth. 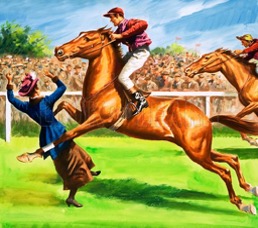 Then came the First World War and campaigns stopped – for all but Sylvia Pankhurst and her friends, who carried on the fight. A Peace Army. A Workers’ Suffrage Federation too.

But by the conflict’s end, change came at last. The Nineteen Eighteen Act gave women votes, but only over thirty years of age. It took them ten years more before they gained the Equal Franchise Act and won that fight.

Yet equal pay for work of equal worth? Another fifty years before the laws would give them some support in that regard. And even now glass ceilings still exist – the fight for women’s rights still not quite done. 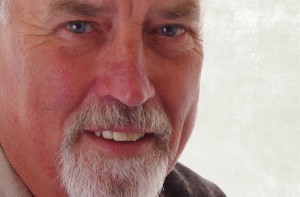