You are here: Home / Jack Telford / The Mysterious Death of Leslie Howard

There are several mysteries at the heart of A Betrayal of Heroes, but the most contentious is the yarn surrounding the death of actor Leslie Howard.

Star of Stage and Screen

In the early 1940s, Howard was a star of stage and screen, famous for his role as Ashley Wilkes in Gone With The Wind. But famous also for his anti-Nazi morale-boosting movies, Pimpernel Smith and, later The First of the Few. In this he played R.J. Mitchell, designer of the Spitfire. 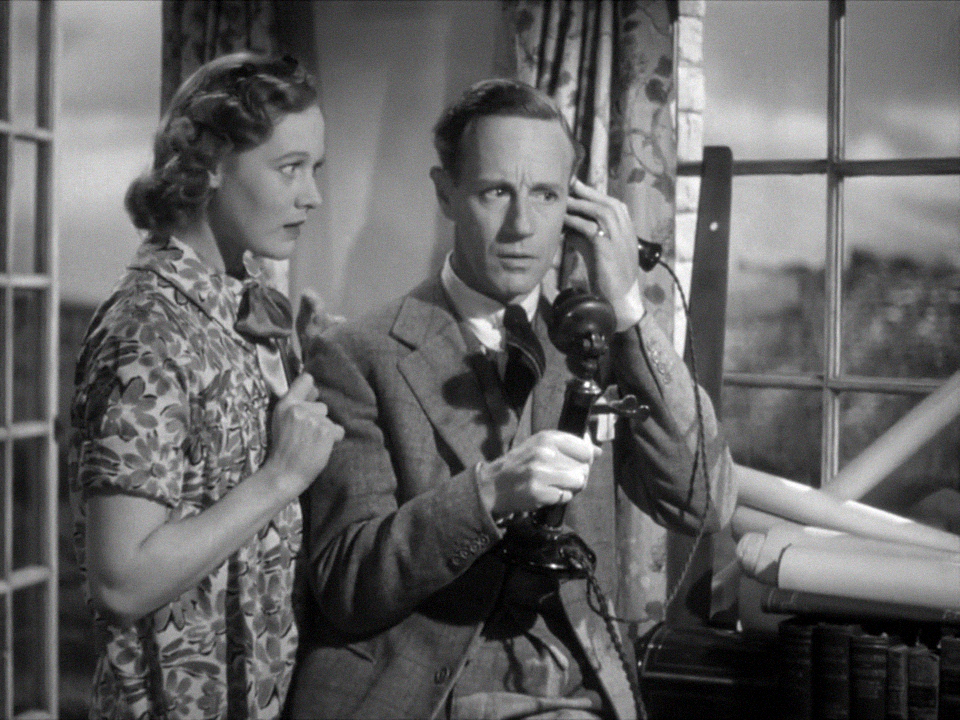 The First of the Few

In May 1943, Howard flew on a scheduled civilian passenger flight from Bristol Whitchurch to Lisbon. It’s easy to forget now that, despite the other horrors of the Second World War, the belligerents continued to fly scheduled services to neutral countries. A “gentlemen’s agreement” meant that, with a tiny number of exceptions, they did so in perfect safety.

Howard toured Portugal and Spain on behalf of the British Council, giving lectures on the film industry. And, towards the end of May, he had a personal meeting with Spanish dictator, General Franco. Franco was a huge film buff, a fan of Leslie Howard himself.

The meeting was arranged through one of Howard’s old flames, the actress Conchita Montenegro. In an interview just before her death in 2007, Conchita talked about the meeting. It was arranged so Howard could privately advise Franco that continuing support for Hitler could have dire consequences for Spain. Although supposedly neutral, at the time there were 50,000 Spanish fascists fighting for the Nazis in Russia.

After the meeting, Howard returned to Lisbon to catch a flight back to Bristol. But his ticket had to be cancelled so he could attend a special showing of The First of the Few at the British Embassy’s cinema. New arrangements had to be made. As a result, Howard and his assistant, Alfred Chenhalls, were booked onto Flight 777 from Lisbon on Tuesday 1st June.

In the meantime, he’d managed to strike up yet another affair. This time it was with the Countess Mechthild “Hexy” von Podewils. Unknown to Howard, Hexy was a German spy. 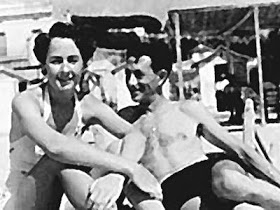 Hexy von Podewils and one of her Spanish lovers

Three business men. A senior civil servant. A Reuters correspondent and his wife. A mother and her two daughters aged 11 and 18 months. A Jewish activist and organiser of the Kindertransport. The wife of the Cuban consul in Liverpool. Four crew members. They all died with Howard and Chenhalls.Flight 777 never made it back to Bristol. It was shot down by the Luftwaffe just off the northwest coast of Spain, and there were no survivors.

It could, of course, have been simple coincidence. One of those rare cases of trigger-happy Luftwaffe pilots shooting down a civilian aircraft. In fact, that’s exactly what the German pilots claimed when they were tracked down and interviewed in the 1980s.

But Howard’s son, Ronald, in his book In Search of My Father, has extensively researched orders given to the Luftwaffe pilots in question. And Ian Colvin, author of Flight 777, comes to the same conclusion, based on communiqués from the British side confirming a deliberate attack on the plane.

Yet the question remains – why?

A favourite theory has been that the Germans thought Churchill was a passenger on Flight 777. Alfred Chenhalls had an uncanny resemblance to the British Prime Minister. But even the Gestapo couldn’t have been daft enough to believe Churchill would be publicly travelling on a scheduled civilian flight.

Another, that Howard was mistaken for R.J. Mitchell – even though Mitchell had been dead for six years by then.

Third theory. That Howard was on the personal hit list of Joseph Goebbels. This is undoubtedly true. Goebbels spoke often of Howard as his bitter enemy. Howard had ridiculed Goebbels in his films. And Howard was Jewish.

Goebbels may well have ordered the attack, but the most likely explanation is that they believed Howard to be an important British spy. There’s certainly plenty of evidence now of Leslie Howard’s close links to the British intelligence services. His tour of Spain and Portugal involved a fair amount of intelligence gathering. And, if the actor’s meeting with Franco had indeed served to distance the dictator from the Nazis, that could well have been enough to sign his death warrant. Hexy von Podewils definitely believed this was the case. And was it Hexy who’d spilled the beans?

Canadian author and historian William Stephenson then put together some very cogent arguments to show that Churchill knew in advance of the German intention to shoot down the aircraft but decided to allow it to proceed to protect the fact that the British had gained that information through breaking the German Enigma code.

Finding the answer to this mystery is simply one of the puzzles Jack Telford has to solve in A Betrayal of Heroes, published this year on 14th July. 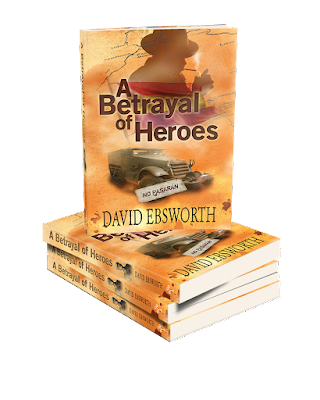