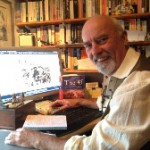 David Ebsworth is the pen name of writer, Dave McCall, a former negotiator and Regional Secretary for Britain’s Transport & General Workers’ Union – which gave him a passion for people and political history that features so strongly in his novels. He was born in Liverpool (UK) in 1949, growing up there in the ‘Sixties, but has lived, since 1981, in Wrexham (North Wales) with his wife, Ann – who also happens to be his “ideal reader” and main mentor.

Since their retirement in 2008, the couple have spent about six months of each year in southern Spain. They have also been keen travellers to other parts of the world, including various other countries of Europe, China, Nicaragua, Colombia, the United States, Canada and KwaZulu-Natal in South Africa. Dave believes strongly that you should never write about a place without having visited and checked out the locations.

He began to write seriously in 2009 and maintains a strict daily writing and marketing routine – though he still manages to find time for a regular morning swim, as well as for sailing. You can find him writing, most mornings, in Wrexham’s Caffè Nero, or Guardamar del Segura’s Pastelería Monge.

Dave is a member of the Historical Novel Society, the International Brigades Memorial Trust, the Anglo-Zulu War Historical Society, New Writers UK, and the Alliance of Independent Authors.

The author has recently done successful interviews and presentations…

David Ebsworth has built a reputation for lively and “not to be missed” stories about the untold background to his novels, with subjects that include…

Five Things You (Almost Certainly) Didn’t Know About the Spanish Civil War: The incredible true story of the battlefield tourism introduced by Franco while the Spanish Civil War was still being fought – and the thousands of people who took part in the tours, particularly from Britain, between 1938 and 1945.

The Zulu War – Ten Things You (Almost Certainly) Didn’t Know: Takes a look at the 1964 film, Zulu, and then examines some of the mythology and lesser-known facts of the 1879 conflict.

Waterloo – Ten Things You (Almost Certainly) Didn’t Know: With all we think we know about history’s most famous battle, Bonaparte’s final campaign is still shrouded in myths and misunderstandings.

My Era is Better Than Yours: David Ebsworth will put up a spirited defence for any of the periods he writes about – Georgian Britain; the Spanish Civil War; Dark Ages Britain: the Napoleonic Wars; or Victorian Imperialism.

Britain’s Missing Century: The joys and miseries of writing about Sixth Century Britain and the curse of the Arthurian legends.

What Did The Georgians Ever Do For Us? A light-hearted romp about the joys of the Georgian period for novelists. Everything from coffee houses, sedan chairs, prime ministers, magazines and Bonnie Prince Charlie, to The Beggar’s Opera, German monarchs and the age of exploration.

Pathways to Publishing: A one-and-a-half hour presentation on comparisons between different forms of publishing – trade publishing and the various forms of independent and assisted publishing, as well as community publishing.

Benefits and Economics of Self-Publishing: An honest examination of the pros and cons of independent publishing, the skills required by authorpreneurs, and Top Ten tips for selecting services needed for self-publishing.

Never Too Late to Start: Writing in the Third Age: The entertaining experiences of beginning a writing career after retirement.

Dave is normally happy to appear in return for travelling expenses and overnight accommodation (where appropriate), and will normally waive fees in favour of a charitable donation, where available. 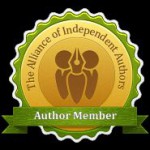